An Odyssey To Indian Colors And Culture

Hello peoples, so as we promised here we are starting with our first post about the country I live in. For our international viewers who have less knowledge about India here are some highlights 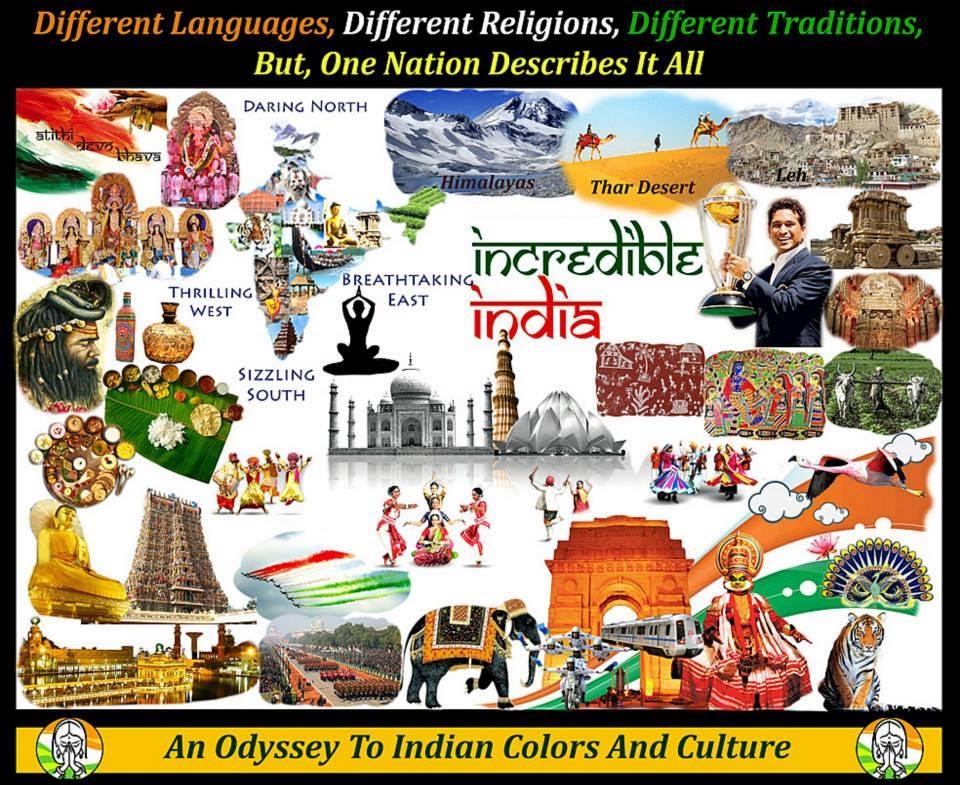 There are many more facts about this great nation with third largest army which is still expanding. My country is home for tigers and is called the country of festivals and temples, will discuss some fabulous facts, may include figures as well below down.

If we believe archeologist who do this weird carbon dating and stuff, ruins of arguably world’s oldest city has been found near Gujrat, land of once King and a holy Deity Lord Krishna. There are many languages the country is known for; unarguably Sanskrit is mother tongues of computers we use. Apart from it there are like 427 languages in India, must be hard to remember for a normal guy but a fact is a fact: As per a recent survey however, many languages are no more being spoken in the country.

Let’s move to a rather vibrant topic Culture, Indian culture is believed to be more than 4500 years old (you know Harappa people of Indus valley civilization), apart from being old Indian brought in many writings on mathematics, science, archeology, astrology, biology, physics, earth, sun, universe, etc etc). India has the oldest university in the world and discovered the number zero, off course to increase the bank account deposits. Apart from education and literature India gave world the famous book of Kamasutra (I know some of you were thinking of it).

With great culture comes great architecture, yeah it does. India is home to many beautiful charismatic art and architecture, unlike Rome or Egypt where a standardized approach is often observed, India has a mixed variety like Indo Mughal, Pure Mughal, Roman Indi etc type of archeological structures that goes back to 1000s of years and If planning a trip to India, do visit Taj Mahal.

India is the land to tradition and many traditional values which Indians follow is observed in daily activities, working style, handling events, and even in clothing. The world has acknowledged this great nation as one of the most powerful nation and that has happened because of these facts.

See you soon in my next post, Good Bye !!
!ncredible India
Reactions: