Reasons for Popularity of IPL

Reasons for Popularity of IPL

Indian Premier League or IPL was first started in 2008. When team India became the winner of the first T20 ICC world cup in 2007, the T20 cricket became the most popular and exciting form of cricket across the world. So IPL was started with a totally new concept in India in the year 2008. The IPL  is so much flourishing year by year not only because of the format of the game but also due to format of the tournament. Live rights to the IPL matches are syndicated all over the world. In 2010, IPL became first event of the sports which will be live broadcasted on you tube.

By understanding the following points anybody will know the exact reason behind the popularity of IPL: 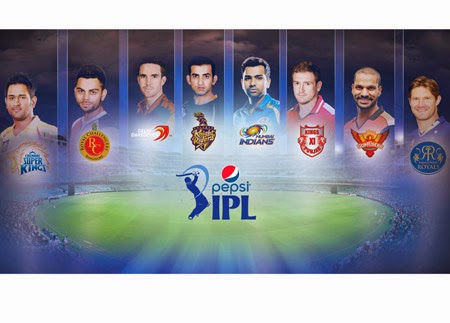 Indian premier league is organized in such a way that it attracts the rich Indians to a large extent to expand their business and popularity. This was the excitement of the bidders which fetched the first auction of the IPL from US$400 million to US$ 723.59 million. There are eight clubs or franchise in the IPL.A franchise can acquire a player in the following ways;

The trading of a player is only done only by his consent and choice within the trading window of IPL. So the players find out IPL as one of the best part-time earning session. It is only the league organization of IPL which gives the freedom to enjoy the fantasy of T20cricket as well as provides right money value and popularity for their talents. This gives a platform and builds the confidence level of players in the international cricket.

A team owner can compose a team within the following rules and regulations:

In IPL games there is no meaning of the time limit to complete an inning in IPL as television timeouts are best utilized by IPL. Now a day other leagues are also following this strategy for their earning.

In the first player auction there was US$5 million was spend by a franchise. Before IPL it was never heard that in a cricket league, US$20,000 was the minimum salary package for under-22 players and US$50,000 was for other players over the globe.

A grand total of Rs. 30 crore will offered as prize money in IPL 2014. The winner of this session of Indian premier league will get Rs. 13 crore. According to the rules of IPL, it is mandatory that fifty percent of prize money is for the players.
Franchise themselves sell 80% of the tickets and remaining 20% is sold by IPL governing bodies. Ticket sales and gate pass receipts is the major part of yearly revenue for the team owners.

In the United Kingdom IPL interest rose dramatically from its third season because the telecast moved to a free air channel ITV4 from a paid sports channel Set-anta Sports. The popularity of ITV soon beats Sky Sports as the number of British audience increased within a weekend. This channel gets double number of viewers for IPL than that of Rugby League.  This was beyond imagination of IPL founders. This event proves that IPL is loved all over the world because it is one of the best entertaining cricket leagues of the world. It almost provides everything that a game can give to its viewers.

Since the foundation of Indian Premier League it always remains in controversies of cricket betting and spot fixing. Another major type of controversies which decrease the fame of IPL is the money laundering and termination of franchises.
!ncredible India
Reactions: